3 Changes You Need to Make to Attract Women 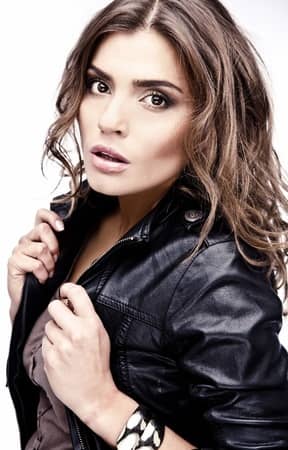 Some men assume that you can only attract women when you pass certain requirements: you either have to be blessed with the right genes (tall and handsome) or be financially secure. That's also the reason why some still use their looks as an excuse for not approaching women or try to buy a girl's affection with material possessions.

But in reality, the mentioned factors play only a trivial role in attraction. Any guy who still believes that looks and money are a necessity, needs to change three things in his life to attract the kind of women he wants.

But enough of the foreplay, let's take a closer look at these three changes and how they will affect success with women.

How to Attract Women

A guy who has no success with women makes a lot of excuses in his life. He has an excuse for everything – why he's still stuck at the same boring job, why no one respects him and why women don't want to be with him. He is so used to playing the victim that he identifies with it.

The problem with men like him is that they are unable to see their own potential. Instead, they have learned to become helpless and blame the world around them. But as much as these guys want to deny the truth, it's is still their own fault for being in this situation. Since it's much easier to make excuses than to face the fact that it is you who needs to change, they continue living in denial.

To make a change, you have to take a real hard look at yourself and own the reasons why your job sucks, why you get no respect and why women hardly pay any attention to you. You have to admit to yourself that you will never amount to anything if you keep blaming the world around you for your shortcomings.

Therefore, give up this sad sob story how unfair life is and change your attitude. Instead of thinking about who's to blame when you fail, start thinking about what can you do that brings you closer to your goals.

No matter what obstacles life throws at you, you have to overcome them. Don't give up after an half-assed attempt and pat yourself on the back because you did your best. Take the words "I can't" out of your vocabulary and fight till the bitter end. Only then can you honestly say that you tried everything when you failed.

Step 2: Change Your Mind about Yourself

The reason why many men fail at attracting women isn't because they aren't handsome or rich enough, it's because they don't believe in themselves. If you would go up to one of them in a club and tell him to approach the girl he has been eyeing the whole night, he would immediately give you a bunch of reasons why he couldn't/wouldn't do it. Even if you get through to him and manage to convince him that he has nothing to lose, he would still refuse to budge because he doesn't trust in himself.

This kind of limiting belief in one's abilities also leads to a lot of self-doubt and insecurities. These will also immensely affect many aspects of your life, even extend to your love life. You will always see beautiful women as a scarcity and even if you happen to land in a relationship with one, drive her away because you don't value yourself. 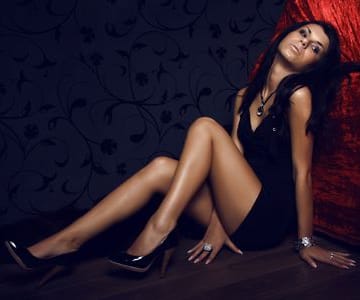 If you let yourself get dragged down by limiting beliefs, eventually you will just give up on yourself. You will accept your situation and tune yourself out from all the people who tell you that it's not too late to make a change. You will accept mediocrity as the norm and never try to rise above it.

For this reason, you need to make fundamental changes to your mindset. Stop listening to the voice in your head that keeps telling you it's not possible to change. Start reading books that challenge your world views. Overcome your fears by doing things you have never done before. Challenge yourself every day by pushing yourself further and further from your comfort zone.

If you start to trust in yourself, you will truly discover what you are capable of. Even when that's not much in the beginning, believing in your capacities and pushing through all the obstacles will eventually get you to your goals.

Step 3: Change Your Level of Activity

Chances are that the only reason why you aren't seeing any success yet, is because you aren't doing enough. No matter how strong your mindset and attitude might be, if you stay passive, you will never become the guy you want to be and never date the girls you dreamed of. Don't become one of the people who passively waits for something to happen before he can take action.

You have to take positive action towards your goals every day. Leave your house and go socialize with people – make new connections and talk to girls you usually don't. This will help you to overcome social anxiety and make you comfortable around people.

You need to feel rejection and numb yourself to the pain. This way you start to care less of the outcome and shift your focus towards the process. Eventually, with enough persistence, you will reach your goal.

If you move yourself out of your comfort zone, with no plans of giving up, and while learning from your past mistakes, it's not possible for you to keep failing. Stay disciplined and do not let the ups and downs affect you. Sure, cherish the good things, but don't start to expect them because eventually, you will encounter bad times. You have to take it as it is: just part of the process.

Make these three changes and with enough practice and discipline, you will learn how to attract women. Now, get off your ass and start taking positive action in your life! Don't just expect good things to fall into your lap, work for them! And finally, stop making excuses and start making plans!