How to Overcome Your Insecurity in Relationships

When two people decide to become a couple, there is always a chance that one of them becomes overly reactive to the behavior of the other, especially if he lacks the needed self-esteem. This means that he starts doing things like seeing himself as not deserving of her or becoming jealous of the people she meets, all because he is insecure. He starts to jeopardize the relationship.

For the sake of this article, and since this is a site mostly for men, let’s assume the insecure person is male. However, if you are a woman reading this, you can still learn and implement this into your life. Many of the principles addressed here apply to both sexes.

No matter the case, if you want to know how to stop being insecure in your relationship, keep reading...

What if You Feel Insecure in a Relationship?

It is usually acceptable in a healthy relationship for a woman to show her insecure side (to some extent). Seriously, what woman hasn’t done it? Normally men give girls a pass who have some insecurities. However, the same can’t be said when the roles are reversed. Most women expect their man to be mentally tough and secure in who he is. Being insecure shows them exactly the opposite and isn't considered attractive!

Of course, this doesn't mean that a woman is going to dump you the moment she sees your insecure side. Most girls are still going to be considerate. But if you're not willing to do something about your issues, you will still end up alone!

With this being said, it's important that we make a distinction here. While male insecurities in relationships are extremely unattractive and often become the reason why women leave men, being vulnerable is a completely different thing! Women don't really have a problem when a guy shows his vulnerable side. In fact, it's quite the opposite and can become a turn-on.

Showing your vulnerable side will make you look more authentic - more relatable. It shows a woman that despite your flaws, you accept yourself for who you are (you show strength in weakness). That you're secure in yourself, despite having flaws and not trying to hide them from her. However, this doesn't give you a pass to just dump all of your shortcomings onto her and expect her to be okay with it. If you're going to reveal your vulnerable side, you also need to demonstrate your willingness to grow and fix what needs fixing!

But the problem with most guys is that they don’t actually show their vulnerable side but their insecurity. The line between them can be subtle, but the difference is big. So, if you want to get a better understanding of vulnerability (and how to become a better man), then my course Rules of the Alpha Male does a fine job at explaining it.

But let's get back to the main topic here...

Insecurities in a relationship usually stem from deep-seated personal issues. It’s not like guys suddenly turn insecure when they get into relationships. Men who are insecure in every relationship are insecure people overall. Usually, they hope for girls to fix them in a “she makes me want to be a better person” way, but this rarely happens.

The secret to overcoming your insecurities is to improve your overall situation! Not by hope for a woman to fix you, but by doing it yourself! And the first step in doing this is to learn why you turn into this insecure mess every time you start dating a beautiful girl:

Is it because you always doubt yourself?

Because you can’t imagine what she is doing with you in the first place?

Maybe even because you can’t stop thinking about the possibility of her cheating on you?

Find the reason why you feel insecure and you're going to be one step closer to the solution! But let's make this a bit easier for you, because 99% of the time, it all comes down to one thing. So, to get a better understanding where your insecurity might be coming from, let’s dig a little bit deeper and find out how to overcome insecurity in relationships.

The Real Reason for Insecurity 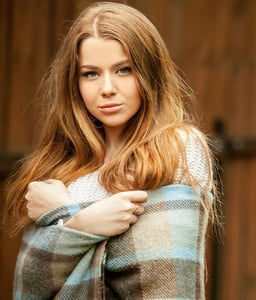 It doesn't really matter what specific problem an insecure man is facing, it can be summed up as dealing with a flawed mindset:

It's his flawed mindset that turns him into a guy who lacks the needed self-esteem!

It's his flawed mindset that makes him doubt in himself!

It's his flawed mindset that makes him think that he's not good enough for a woman!

A guy with this kind of mentality is extremely needy and desperate for a woman's affection. He can't bear the thought of being without her. Losing her is like losing his own identity. In his misguided frame of mind, his partner is the solution to his problems. And that's exactly why he becomes dependent on her and feels incomplete when she's not around.

When the honeymoon phase ends for the girl, she will start to notice his insecurities. This is where she begins to notice that the charming, great guy she fell for can't even take care of himself. His cute behavior (always wanting to be with her) isn't so cute anymore, it's actually suffocating and needy. She starts to realize that she can't really count on him for support, and eventually, this will push her further away from him.

So how do you keep that from happening to you? How do you overcome your insecurity issues in relationships?

The answer is quite simple: you have to adopt a new mindset.

The thing you have to understand is that a woman wants a man who doesn't need her (I didn't say want). Someone who can feel content without her. This kind of attitude shows her that his happiness doesn't depend on others and he can actually pull his own weight. To summarize this into one sentence: a man who can find his own happiness and doesn't need women for that is an attractive man.

This is by far the most valuable advice an insecure guy in a relationship could follow. If you stop putting your girlfriend on a pedestal and start searching for other things to bring you happiness, you will probably fix most of your insecurity issues. If you are really serious about overcoming insecurity in relationships, don't count on your significant other to do it for you and find your own source of happiness.

Also, another thing you should start working on is to actively eliminate negative behaviors that harm the relationship. Behaviors that only really insecure guys exhibit. This means:

Stop trying to win her approval!

Stop being possessive and selfish!

Stop demanding all of her time and attention!

Never rely only on your woman to change yourself, she won't make you a different person. You are the only one who can make a difference. The most you can expect from her is to support you when you start to find your own direction. But even then, it’s still up to you to make to change.

The Truth About Overcoming Insecurity

I wish I could tell you that overcoming your insecurities is something you could learn fast and effortlessly, but this is not the truth. It is a process that takes time and requires you to totally change who you are as a person. You have to change your mind about many things you might even find hard to let go of.

But the good thing is that this change will be positive and lasting. It will affect your life in many areas and make you happier and a better man. You will also learn why your old mentality was flawed and know never to go back to it. Well, at least this is what happened to me. It was hard to let go of the old beliefs and admit to myself my flaws, but eventually, I did it and I have never regretted it.

I also talk about my journey in my course Rules of the Alpha Male. It goes into many issues only guys in a relationship face, and as a matter of fact, comes with a book specifically dedicated to helping men to start or improve their relationships! This means that every guy who struggles with insecurity issues in his relationship will benefit from it!

10 comments on “How to Overcome Your Insecurity in Relationships”